Dr Philip Laird’s OAM is for service to the rail freight and passenger transport Industry. Philip was the Inaugural Executive Chair of the RTSA in 1998-2000, a member of the RTSA Awards committee 2000-2019 and became a life member of the RTSA in 2008. Philip is also a Fellow at the Chartered Institute of Logistics and Transport, and has held many Professional and Advisory roles throughout his career in rail.

Chartered Institute of Logistics and Transport

Awards and recognition include:

Philip’s interview in the Illawarra Mercury can be read in full here. 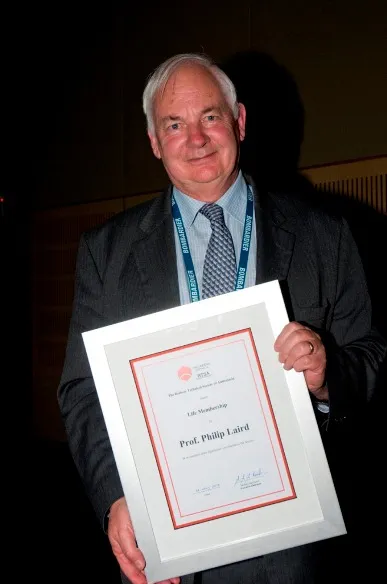 Philip Laird pictured with his RTSA Life Membership award in 2008