THESIS: STUDIES ON THE TRACK INPUT TO THE RESPONSE OF IN-SERVICE INSULATED RAIL JOINTS

This thesis analysed the effect of the support system (track) to the short and variable service life of Insulated Rail Joints (IRJs).

An extensive field test was conducted on an in-service heavy haul corridor in Australia with the specific aims of understanding the effects of track input to the response of the IRJs. Data on the wheel-rail forces, rail strains, sleeper accelerations and ballast pressure signatures were determined from the experiment. The data was then systematically employed to analyse the mechanical behaviour of the IRJs resting on different support conditions relative to a Reference Rail subjected to the same traffic loading. One of the instrumented IRJs and the Reference Rail have been monitored over 16 months to examine the change in their responses under accumulated traffic. From this data, benefits have been identified for developing better practices for installation/maintenance of IRJs in track This thesis investigated the effect of applying a Friction Modifier at the wheel/rail interface on the overall maintenance & life-cycle requirements of rail on curves. It is known that top of rail (TOR) friction management has a positive impact with reduced wheel-rail wear, rolling contact fatigue, corrugation etc. and ultimately increase asset life which then reduces rail grinding losses.

An engineering analysis and numerical modelling was undertaken in MATLAB and GENSYS environments for studying wheel-rail interactive forces, tangential creep forces and their behavior under various operating conditions. From this, the research was able to identify a holistic understanding regarding top of rail lubrication and management of wheel-rail friction in the Australian rail industry, as well as identify life-cycle cost benefits as a result of using a Friction Modifier. 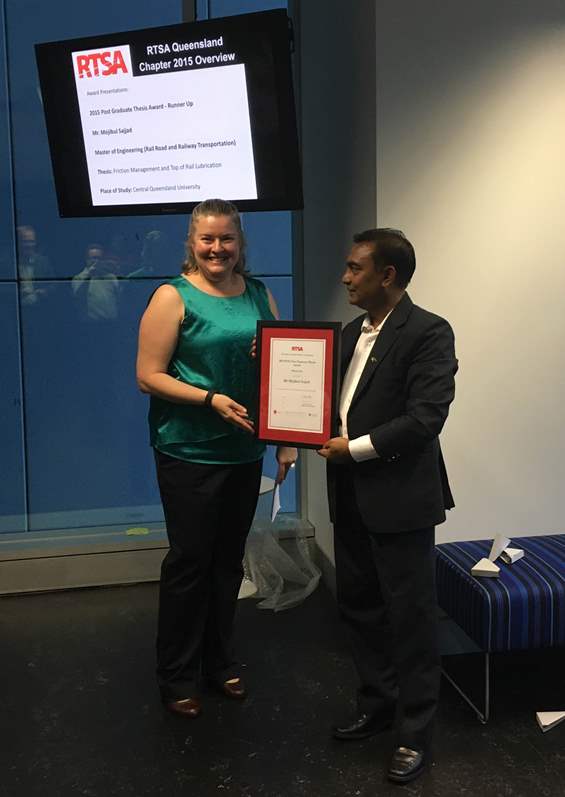