IN 2010 THE YOUNG RAILWAY ENGINEER AWARD HAS BEEN MADE TO TWO AWARDEES, MR. PETER MUNRO AND MR. DANIEL HEADIFEN.

Mr. Peter Munro is a Project Manager with Downer EDI Works Rail Project Division in Sydney where presently he is involved with the Port Botany Yard Reconfiguration and Upgrade project for the ARTC. Throughout his career, he has been associated with project management of a variety of significant rail initiatives both in Melbourne and Sydney. He graduated from the University of Melbourne with a Bachelor of Commerce (major in Economics) and a Bachelor of Engineering (Honours) (major in Civil Engineering) and, at present, he is studying for a Master of Science (Railway System Engineering and Integration) from the University of Birmingham in the UK. Mr. Munro is a graduate member of Engineers Australia and has served as a member of the RTSA Victorian Chapter Committee. 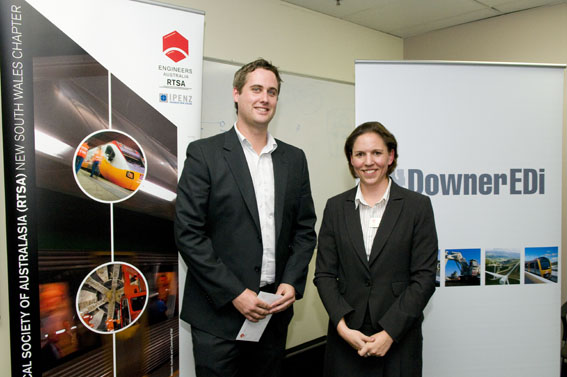