THERE ARE TWO RECIPIENTS OF THE 2016 RTSA YOUNG RAILWAY ENGINEER AWARD, BEING: MS. YVETTE GRIGGS AND MR. MICHAEL HETHERINGTON.

Ms. Yvette Griggs is a Signalling Systems Design Manager with Aurizon in Queensland. After graduating at the top of her class at James Cook University, with First Class Honours and two university medals, Yvette has developed her railway systems career over the past 8 years to become a subject matter expert in computer-based signalling technology. Yvette has gained experience across the phases of the system engineering lifecycle – requirements, design, implementation, verification & validation, acceptance, and maintenance. Yvette has obtained post graduate qualifications in Railway Signalling and Telecommunications, as well as attaining CPEng and being registered with the Board of Professional Engineers Queensland. Yvette is heavily involved in professional engineering organisations, having served on a number of volunteer committee positions throughout her career. She is passionate about diversity, in particular the participation of young engineers working in railway systems and the promotion of women in engineering. 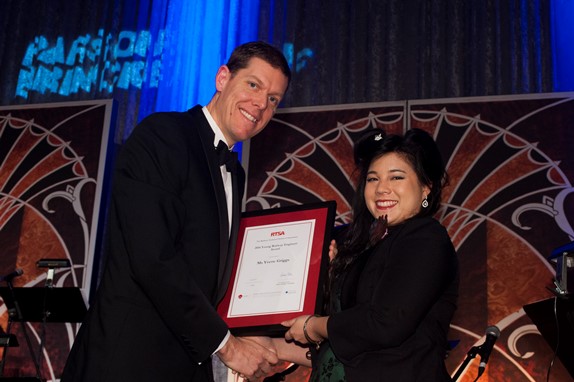 Mr. Michael Hetherington is an Asset Performance and Portfolio Investment Manager with Metro Trains Melbourne. He has a Master of Engineering in Railway Infrastructure from the Queensland University of Technology, a Bachelor of Engineering (Civil) and Bachelor of Arts from the University of Melbourne. Michael has taken a leading role in several technical engineering investigations including the underlying causes of rolling contact fatigue development in Melbourne and track stability incidents. He has also led engineering changes for wheel-rail interface profile modifications as well as provided wheel-rail interface advice during a number of serious wrong-side failure events. Michael currently leads a small team of engineers and acts as a mentor to young railway professionals.