THE RTSA BIENNIAL RAILWAY PROJECT AWARD FOR 2016 IS MADE TO TWO JOINT WINNERS:

ROY HILL HOLDINGS FOR THE ROY HILL RAIL PROJECT IN WESTERN AUSTRALIA; AND

The RTSA Biennial Railway Project Award for 2016 is jointly awarded to the Auckland Electrification Project in New Zealand and the Roy Hill Rail Project in Western Australia.

These very different projects, one a regeneration of an aging under-utilized urban passenger rail network, and the other a new build high capacity heavy haul iron ore line, highlight the range and diversity of current rail engineering projects in Australasia, and have been selected for both their successful implementation and their innovative use of technology to meet the project objectives.

The Roy Hill Railway is an entirely new 344km standard gauge, 40 tonne axle load heavy haul railway in the Pilbara area of North Western Australia, and forms a key component of an AUD 10 billion integrated mine, rail and port facility designed to export 55 million tonnes of iron ore annually. The project was constructed in difficult remote terrain and in a sensitive environment in an aggressive 27 month program between 2012 and 2015, and entailed16.9 million cubic metres of earthworks, deep cuttings up to 32 metres deep and embankments up to 16 metres high, 8 bridges over major waterways and 3 bridges over other rail lines and roads. It was completed on time and budget and achieved a very low Lost Time Injury Rate, with the first shipment of Roy Hill Ore taking place in December 2015.

The Auckland Electrification Project (AEP) is the culmination of over 12 years work to transform rail passenger transport in New Zealand’s largest city, which has seen annual ridership grow from under three million in 2003 to sixteen million in April 2016, and the replacement of aging infrastructure and diesel rolling stock with state of the art electric trains, signaling and train control systems and 25Kv AC traction overhead systems. The approximate NZD 500 million Auckland Electrification Project was delivered by KiwiRail in conjunction with key partners, Siemens Rail Automation (formerly Invensys Rail), and the HILOR Joint Venture between Hawkins Infrastructure & Laing O’Rourke between January 2010 and September 2010. Electric Multiple Units, procured under a separate contract by Auckland Transport from CAF, commenced running in April 2014 with all suburban services converted to electric operation by July 2015. 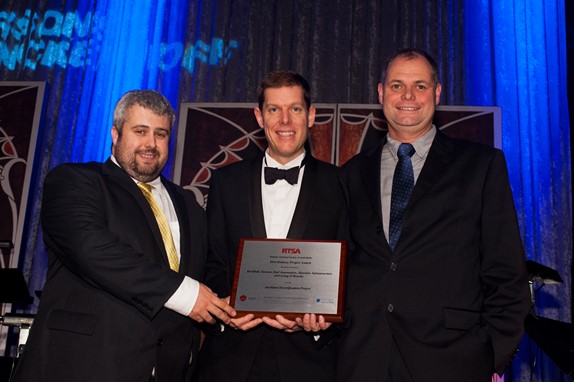 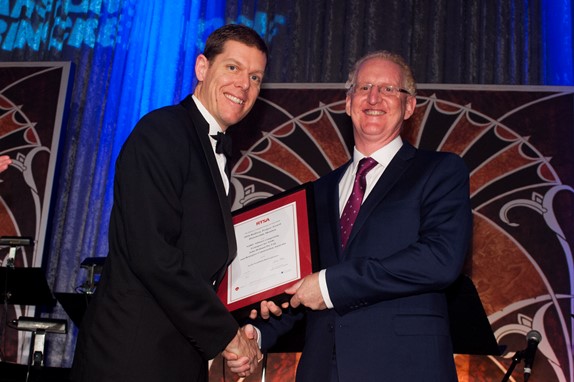